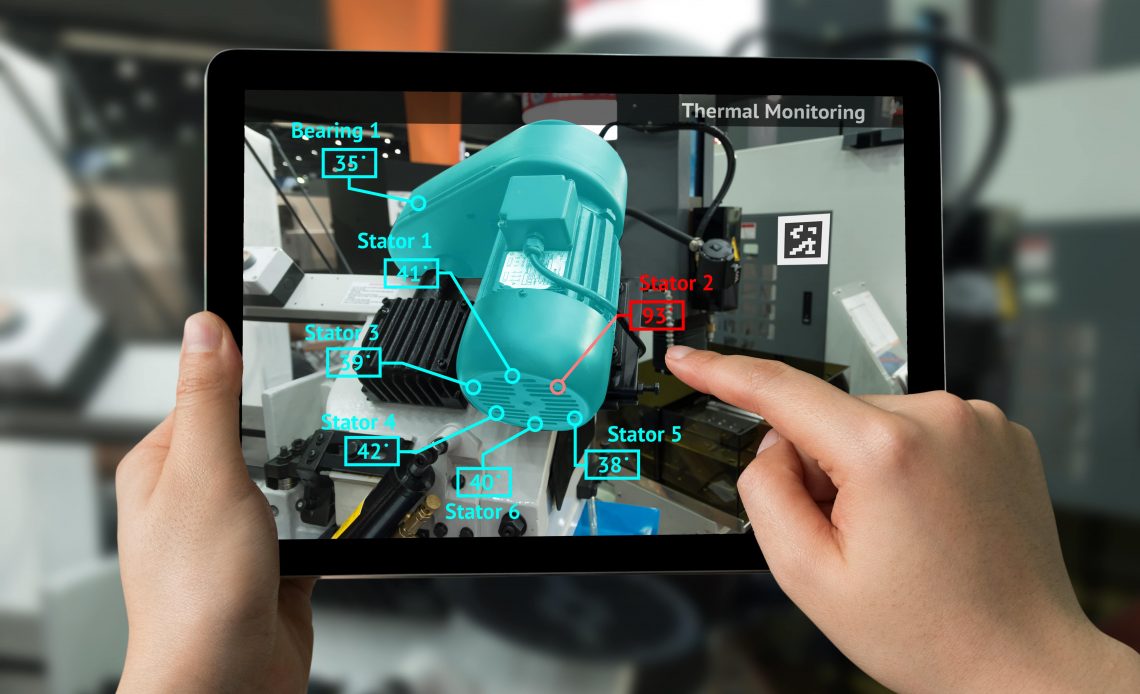 Augmented reality can simply be defined as a combination of interactive digital features like graphic overlays, haptic interchange, or other sensory projections overlaid into our real-world environment.

AR is the enhanced reality where a real-world environment is augmented with superimposed computer-generated imagery/graphics over a user’s view; collectively it ends up enhancing perception and adds layers of information in one’s reality.

Let’s get into the literal meaning of Augmented Reality (AR).

Augmented is derived from the word augment, which means to add, enrich or enhance something. In the case of Augmented Reality, 3D models, videos, images, sounds, and touch feedback are added to provide an overall immersive user experience.

The Working and Usage of AR

The usage of augmented reality is quite broad and it is being implemented in numerous industries with the help of both AR glasses and smart devices. For example, Google Glass displays 2D images onto see-through glasses, whilst Microsoft HoloLens (a mixed reality headset) embeds 3D images into the world around you. Platforms such as EvolveAR allow affordable (if not free) AR content creation for small businesses, agencies, and many other industries. Users can access and implement interactive assets like videos, gifs, animation, sounds and much more into their Augmented Reality campaigns. Apart from all this, AR features within existing smartphone games and apps, such as Pokémon Go, Snapchat, etc.

The AR process puts the smartphone’s camera into play. So, if you want to use some augmented reality apps like the EvolveAR App, you’ll need to point the camera at different objects in the room. Once the app recognizes a triggering object from the database, a digital experience appears onto the object – that is the AR campaign created for that particular object.

For developers, this process involves a ton of coding and underlying algorithms, and sometimes the system has to detect thousands of different target images simultaneously, and that can cause software breakdown. Therefore, it is kind of a big deal to develop a cohesive Augmented Reality software, and for this very reason, it is quite expensive. However, with the increasing competition and angel investments, companies are trying to bring AR in the hands of anyone who has access to the internet and owns a smartphone.

That being said, some of us may already be using Augmented Reality technology in our daily life without even realizing it. Let’s take the example of the world-famous Pokémon Go, which by the way majorly relies on geolocation but also has an element of AR in it, Snapchat’s selfie filters, and Facebook’s AR Studio to create face masks and animations.

Several types of augmented reality technology exist, each with specific objectives and usage. Below, we will discuss major categories, their usage, and application in industry.

This type of AR relies on the object recognition technique in combination with augmented reality. The system (AR device, smartphone) identifies a scene and then displays information to engage the user in an immersive experience. This only happens when a specific marker (poster, image or object) is put in front of the device and the user can interact with it to engage into an AR experience.

These markers may include QR codes, images, serial numbers, or any other object that is isolated from its environment for the camera to see. Once shown, the augmented reality device overlays information from that marker directly on the screen displaying campaign created for that marker. It might include sounds, video, CTAs, animations and photo albums, etc.

On the other hand, Markerless augmented reality allows a user to use location or real-world environment to deploy the AR campaign. GPS compass and accelerometer is used for anchor points. This type of augmented reality system is applied when the location holds the primary importance such as with navigation systems.

Projection AR is often confused with the likes of layered or superimposed augmented reality, but it is different in one way. In this type of AR, actual light is projected on the surface of an object of interaction. We can describe this type of AR just the way we understand the concept of a hologram.

A popular use of this kind of AR is to project a keyboard onto a surface so that a user might use it to enter data using the projected virtual keyboard. Other uses in the industry include maintenance, inspection, training, logistics etc.

This type of AR uses a device to recognize a physical space and then overlay digital information on top of it. Using this type of AR, users can try on virtual clothes (EvolveAR Magic Mirror), display navigation steps upfront, check how a new piece of furniture would look in a specific part of the house (IKEA App), try on shoes (Nike AR App), and more.

There are many advantages to using augmented reality and we’ve witnessed an application of AR in nearly every industrial sector including:

We have truly evolved the technology and the way we interact with the digital world. The camera is a little over 100 years old, and it is quite a surprise to witness what a smartphone can do.

Machine learning, Artificial Intelligence, Computer Vision, and Cloud computing is a real thing, and with the upcoming 5G network, we should be able to use the power of the cloud and stream the results back to our smartphones in real-time.

Augmented Reality has enormous potential in education, automotive, retail, travel, fashion, retail, entertainment, publishing, MRO, gaming, remote guidance and many more. The list is big and it is growing day by day. Billions of dollars are pouring into this promising technology. Some of the major influencers and angel investors think AR is the next biggest revolution since the internet. 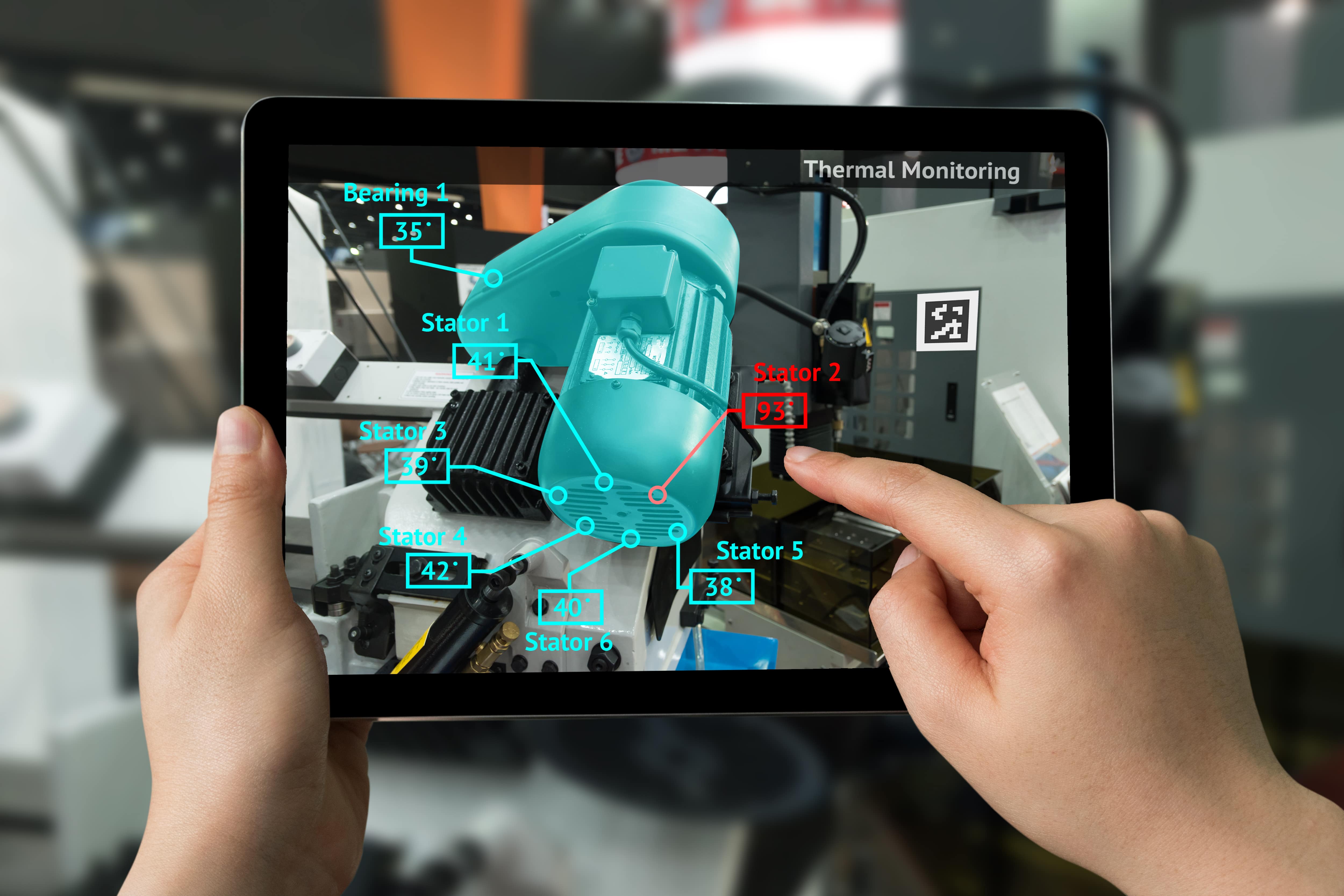